What causes a big nose?

Factors affecting the shape and growth of the nose

Factors affecting the shape of the nose

Below are some of the factors that affect the growth of the nose.

As a general rule in the human body, the more active an organ is, the more it grows and, conversely, the parts of the body that lose their activity are decomposed. To better clarify the issue, pay attention to the image below.

As can be seen, a person who has not used his left foot due to polio has lost this short and thin leg at an older age. This means that in addition to not growing the muscles of the person, the bones of the left leg have not grown enough. The same is true for the nose. The growth of the sinuses, nasal cavity, cheeks, maxilla, teeth, and generally the middle part of the face depends on adequate nasal breathing during childhood and adolescence. If breathing through the nose is not done during the growth period, there will be disorders in the shape of the nose and face, which I will explain in a few proven examples.

Blockage of the nose completely

If for any reason in childhood, the nose is completely blocked and the person is unable to breathe through the nose (like a child with a large third tonsil), his nose does not grow, so it remains narrow and relatively small. The faces of these people do not have proper transverse growth and in adulthood they usually have a long face and non-prominent cheeks. In these people, the tip of the nose may look relatively large due to the narrowness of the upper part of the nose (Figure 1, right). One of the characteristics of such people is that they always have their mouths open and their teeth are visible without laughing and talking (factors affecting the shape of the nose).

Our nose has muscles that help open the nostrils. We use these muscles when we need more air to inhale through the nose (for example, while exercising). If the nose has been partially blocked since childhood and the person is able to overcome nasal congestion by using the muscles that dilate the nostrils, repeated and excessive contraction of these muscles over time will make the lower part of the nose wider. In addition, finds very large holes (factors affecting the shape of the nose).

A person who suffers from a fracture of the nose as a child due to trauma, although this fracture is small and imperceptible at first, but over time causes the bones of the nose to grow crooked and eventually creates a deformed and asymmetrical nose that With the help of rhinoplasty, these problems can be solved. For rhinoplasty, it is recommended to refer to the best rhinosurgeon who has a relatively good history in cosmetic facial surgery (effective factors in the shape of the nose) .

If in childhood, only one nasal passage is constantly blocked and the opposite side is open, this can cause a difference in the growth of the nasal cavity and sinuses on both sides of the face, and eventually, one side of the face is larger or smaller than the opposite half of the face. . Although facial asymmetry is present in almost all healthy people, people with the above problem show this condition much more clearly (factors affecting the shape of the nose) .

Nasal polyps develop when the lining of the nose inside the nose grows too much due to allergies. If these polyps are not treated and continue to grow, they can fill the entire nasal cavity and, by applying pressure to the inner wall of the nose, cause the bones to slowly grow out and flatten the nose. This is not unique to children but also to adults. (Factors affecting the shape of the nose)

Diseases affecting the shape of the nose

It is recommended that if your child has any of the following problems see an ear, nose and throat specialist for examination and treatment.

If your child only has this problem during a cold and breathes easily through the nose on normal days, there is no need to check, but if the number of colds is more than 5 a year, it is better to have a thorough examination. 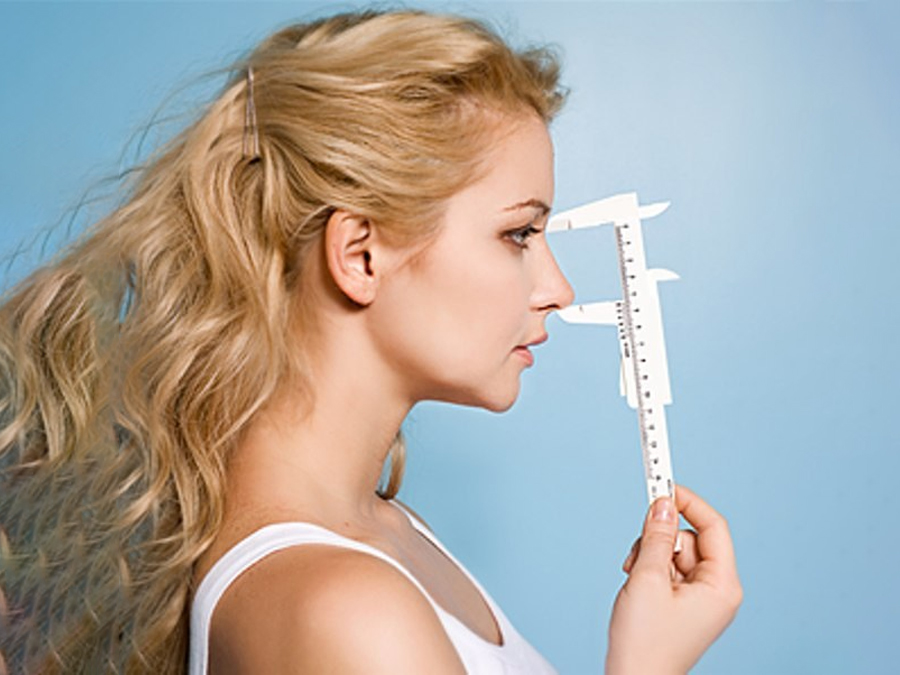