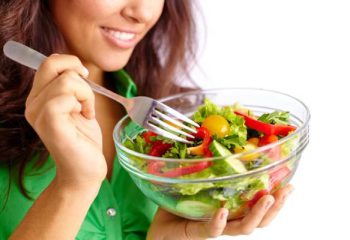 Important Points of Nutrition after Rhinoplasty and Checking Dos and Don'ts . Nutrition after rhinoplasty and other care is necessary to get the best result from nose surgery. Therefore, it is better to adjust your diet before and after nose surgery after choosing the best surgeon and otolaryngologist. A basic diet in accordance with the health and medical needs of the patient and applicant for cosmetic surgery is a safe and healthy way to speed up the healing process and achieve the desired results.

Of course, you need to know that nutrition before nose surgery is as important as nutrition after nose surgery. However, the changes and wounds created in the nose area as a result of surgery will require more consideration for repair. Also, a proper food plan can reduce the complications caused by the operation in addition to increasing the speed of recovery. Of course, consulting a doctor about nutrition after rhinoplasty can be much more effective; However, there are some general points about the diet after rhinoplasty, which we will discuss in this article.

What is the best plan for nutrition after rhinoplasty?

Usually, people feel weak and hungry as soon as they wake up and go through the steps of nose surgery. The best foods after nose surgery anesthesia is lukewarm, soft and almost tasteless foods, including soup, bulgur, yogurt, and items that do not need to be heated. You may feel nauseous in the first hours after rhinoplasty. If you feel that eating could lead to vomiting, try to drink more fluids after surgery.

A proper diet after any type of nose surgery (closed or open nose surgery) is a diet that can provide all the needs of the body and, at the same time, bring the least pressure to the surgical area. In the case of rhinoplasty, this issue is very important. Because, for example, chewing hard foods may affect the result of the operation or delay the healing of wounds.

Nutrition after rhinoplasty in the first days after rhinoplasty surgery should include watery foods, soups, all kinds of vegetables, soft fruits and the like. In fact, the softer and more watery the food used, the easier it is to eat without chewing. As much as you should eat the foods recommended by your doctor after nose surgery, you should also avoid eating some foods that cause inflammation, swelling, and fluid retention in the body.

For example, consuming spicy and acidic foods irritate the stomach and cause digestive problems. Consuming too much salt will also lead to fluid retention and swelling of the nose. In the following, we will mention the best foods to consume after rhinoplasty.

What kind of food does the nutrition after rhinoplasty include?

After rhinoplasty, it is necessary to eat all the foods that play a role in healing wounds and reducing the side effects of nose surgery. A good diet after rhinoplasty includes all proteins, vitamins, carbohydrates, grains, fruits and vegetables. However, in the following, we will explain which types of food will have a greater impact on the healing process after nose surgery.

The role of protein-containing substances after rhinoplasty

Protein consumption is effective for healing wounds faster. Because the amino acids in the proteins will help to repair the tissues quickly. Therefore, this group of foods should be at the top of the nutrition list after nose surgery. Some of the main protein substances that are useful for nutrition after nose surgery are:

Fats are the best source of energy for the body. Consumption of fat can strengthen the immune system in addition to providing the energy needed by the body. For this reason, if healthy fats are included in the nutrition plan after nose surgery, it will naturally accelerate its healing. Some useful fats are:

The role of fiber in nutrition after rhinoplasty

Eating soft and preferably watery foods is the main problem in the first days after nose surgery. However, enough fiber should be included in these foods to minimize the possibility of constipation. In general, constipation is inevitable after all kinds of cosmetic surgeries, due to the use of various drugs and reduced mobility. Therefore, it is necessary to include as much fiber as possible in the patient's diet to minimize constipation. Some fibrous foods for nutrition after nose surgery are:

The Place of Water and Drinks in Nutrition After Rhinoplasty

Water is the most important drink that should be consumed well during recovery and rhinoplasty surgery. Drinking at least 8 glasses of water during the day is necessary for faster recovery. Drinking enough water helps the blood to flow better, as a result, the nutrients will reach the cells faster to repair the tissues and heal the wounds. Also, to take the drugs prescribed by the surgeon, you must drink enough water.

What are Dos and Don'ts of Nutrition After Nose Surgery?

To prepare a diet after rhinoplasty, there are some points to consider. Observing these small points can accelerate the recovery of inflammation, swelling after nose surgery and bruises. In the following, we discuss some dos and don'ts of nutrition after nose surgery.

Avoid Chewing Hard Foods to Avoid Pressure on the Nose

Nutrition after nose surgery should be planned in such a way that the least pressure is applied to the nose. Otherwise, it can cause more inflammation and bruising and even bleeding. In fact, limiting the nutrition after nose surgery to soft foods, vegetables and fruits is only to reduce the pressure on the nose and the complications of rhinoplasty surgery. Some time after the improvement of the condition, the patient can start his usual diet.

Avoid Alcohol and Caffeine After Rhinoplasty

Alcohol is a blood thinner. Therefore, it is better to avoid alcohol and alcoholic beverages from a few days before the nose job to a few days after. In fact, the dilution of blood increases bleeding during surgery and collects it under the skin of the nose. On the other hand, inflammation and swelling caused by surgery will increase with blood thinning.

By raising blood pressure, caffeine increases the possibility of bleeding, bruising, swelling and clotting after nose surgery. For this reason, it is better to refrain from consuming this substance until complete recovery.

Do Not Smoke Until You Have Fully Recovered

Smoking after nose surgery can damage the throat and nose. People who have undergone rhinoplasty will have more severe reactions to smoking. In fact, the nicotine in cigarettes can delay tissue and wound healing. You can consult your doctor to remove the temptation caused by nicotine consumption.

Remove Salt from the Nutrition Plan After Rhinoplasty

Salt and sodium lead to inflammation in the surgical areas. Because salt increases the retention of water in the tissues and the same thing intensifies the inflammation. For this reason, it is better to minimize the consumption of sodium and salt in nutrition after nose surgery. The best thing to do is to consume fruit, fresh vegetables and natural fruit juice to speed up the healing process.

Postpone the Consumption of Green Tea Until Further Notice

Green tea is a source of antioxidants. But it is better to know that this drink has many negative effects on anesthesia, blood pressure and heart rate. Therefore, you should stop using it from at least ten days before rhinoplasty or any other surgery until some time after. Ask your doctor about the best time to use green tea after rhinoplasty.

Which is the Best Fruit to Eat After Rhinoplasty?

The best fruit after nose surgery is pineapple. In fact, people who are going to do rhinoplasty, it is better to consume pineapple from a few days before the operation to a few days after it. Experience has proven that this fruit has a great effect on the results of cosmetic surgeries. In its structure, pineapple has a powerful enzyme called bromelain, which has strong anti-inflammatory properties and accelerates the removal of bruises caused by nose surgery.

Also, bromelain enzyme plays an essential role in reducing nausea after eating and will also prevent nasal congestion. It is safe and healthy to consume pineapple in any situation; However, consult your doctor before using it, either for pre-surgery or post-surgery nutrition. In addition to pineapple fruit, consumption of celery juice can also help reduce inflammation caused by rhinoplasty surgery. 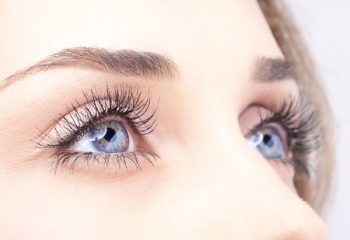 blog
What is Canthoplasty Surgery? 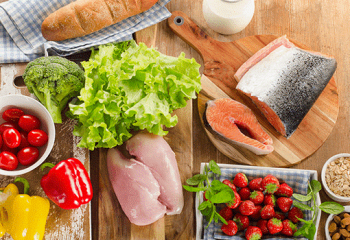 blog
What should I eat before and after liposuction?

You should adjust your diet slightly following liposuction while you heal. For instance, to balance… 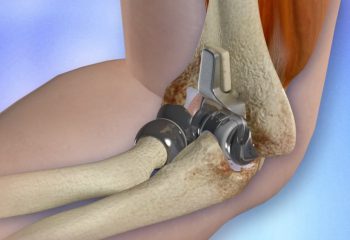 blog
Elbow replacement surgery, what to know about it?